Web-Development For Ecommerce: 5 Technological Trends for The Year 2019

Online shopping is becoming one of the main ways to purchase goods in the world fast. According to forecasts, by 2021, global e-commerce sales will reach $ 4.5 trillion, which is almost two times more than in 2017. 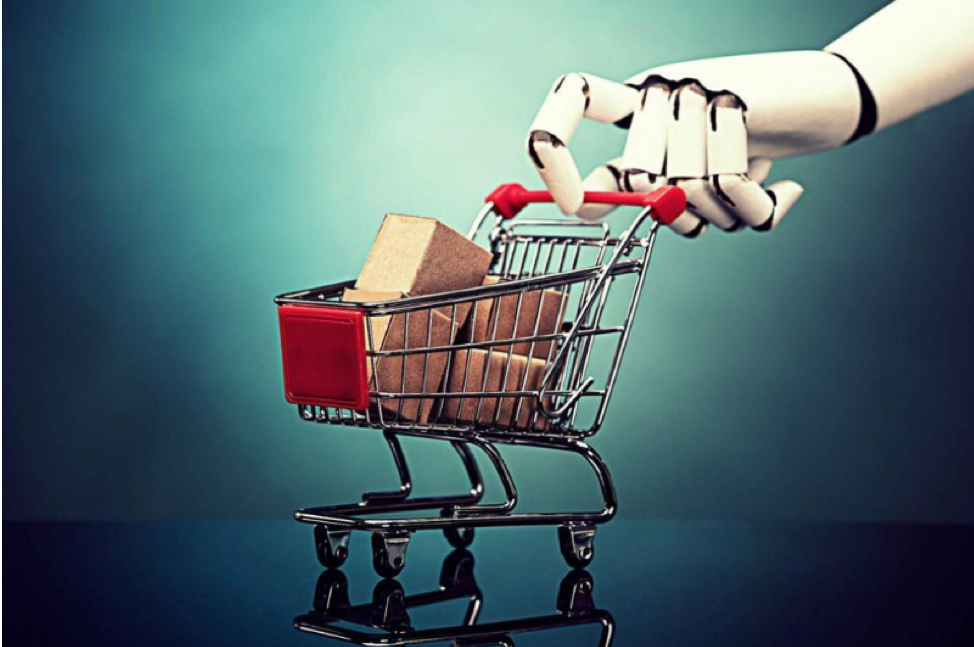 This growth is largely due to the introduction of modern technology. Today we will talk about what technology trends will be relevant to e-commerce in the coming year.

The development of e-wallet technology

In the field of e-commerce, one of the main problems has always been the acceptance and processing of payments. Retailers needed to store customers’ billing information and risk getting in trouble if they were hacked and leaked, or rely on third-party processing systems and lose revenue because of their high fees.

Losses due to credit card fraud in 2017 amounted to $ 24.71 billion, according to statistics, almost half of bankcard holders in the United States have been faced with the theft of their financial data over the past five years.

The e-wallet technology (eWallets) allows a business and its customers to complete transactions without having to disclose sensitive data such as bank card numbers. In the case of eWallet, the credit card information is encrypted and can only be accessed with a special pin code, password, fingerprint, or face scan.

At the same time, it is impossible to call such wallets an unambiguously safe instrument. Moreover, if an attacker manages to
hack a user’s wallet, he will get access to all the bankcards stored in it.

For companies, eWallet technology support is also not always convenient due to a large number of such solutions. Need to support tools like Google Pay, Apple Pay, Samsung Pay, PayPal Stripe. Despite its shortcomings, according to forecasts, by 2021 this technology should become the most popular among users shopping online.

The hype around chatbots, which was discussed in 2016-2017 very widely, has recently been dropped. Now it is no longer represented as something that will change the way communications between people and computers are arranged. However, bots have taken their niche in user support. One of the applications of such tools is to help buyers of online stores.

According to statistics, by 2020, bots will be responsible for processing 85% of business interactions with users.

One of the most successful e-commerce chatbots is the eBay product ShopBot. The project was launched in 2016 on the Facebook Messenger platform. The bot helps users search for products in the eBay catalogue – they send descriptions of goods or send photos, receiving the necessary links in response.

There will be more and more such tools, although developing a high-quality bot that not only works well, but also is able to generate personalized recommendations that take into account the context, will still be expensive. Therefore, one should expect the spread of technology primarily in the case of large e-commerce companies.

Most online interactions today are made using mobile devices. According to OuterBox, in 2017, 62% of smartphone users made a purchase from their devices at least once. For the USA alone, this gives 75
million buyers, worldwide, their number is hundreds of millions. The penetration of smartphones and tablets continues, which contributes to the
growth in the number of mobile buyers.

However, simply launching the version of the online store adapted for mobile devices has long been insufficient. Despite the fact that almost all online retailers have done this for a long time, the supplier, 84% of buyers had trouble with conducting transactions from a smartphone. Another figure from the OuterBox report is important here – 40% such problems who have encountered problems with a purchase declare that they will and adaptation competitors.

Therefore, companies will invest even more resources in the development of UX on mobile platforms. This means, among other things, SEO optimization, adaptive templates for important pages, SMS integration, and adaptation of visual materials for display on small screens.

Retailers have been using the dynamic pricing approach for quite a long time, in which the price is set based on the current market situation and the actions of competitors. In addition, if previously such changes and monitoring were mainly conducted manually, now new technologies are being used increasingly to solve this problem.

For example, there are already solutions that involve the use of artificial intelligence to analyze the market situation, which evaluates information on demand, prices of competitors, delivery costs in each case, and dynamically changes prices for different products.

Another important point here is monitoring the minimum advertised price (Minimum Advertised Price, MAP). In some cases, by mistake, retailers may show users a price that is lower than the price set by the supplier. This means that if the buyer pays, he will not be able to receive the goods. Such situations always lead to loss of customers. To avoid such problems, retailers will more actively implement MAP monitoring tools.

Optimization of assortment with the help of artificial intelligence

Increasing competition is also forcing retailers to optimize their product catalogues more actively. Artificial intelligence can be used not
only to determine the most appropriate prices for goods but also to select these goods themselves.

AI can analyze historical data; compare them with current market trends to determine the competitiveness of a product. As a
result, in the automatic mode, some goods fall into the catalogue, something is removed from it, and some goods are saved or moved on the pages.

Such tools and data are available to large a result actively use them. For example, Walmart uses this approach – is removed and products with negative reviews are removed from the online catalog, products that sell well or help pull customers from catalog them. The use of new technologies has allowed the company to increase its online catalog from 700 thousand products in 2011 to 60 million in 2017-2018.

I hope you like this Post, Please feel free to comment below, your suggestion and problems if you face - we are here to solve your problems.

Melisa Marzett is a writer who works for http://cvresumewriters.com/ and enjoys it. She has a wonderful chance to enjoy traveling due to being a freelancer. Traveling along with sports and fashion is her hobby. She would also like to go through dress-making courses because she admires people who can do something with their own hands especially outfits, which make them differ from others wearing mass market.

Buy Me a Coffee